Uss Constitution – one of the most powerful weaponed warships of the USA that was first launched in 1797. Besides, she was also known as the oldest commissioned battleship of the world. Being assigned to design and build the ship, Joshua Humphrey has made the ship as one of the strongest and fastest ship at the time. The ship was built at the dockyard Edmund Hartt, Boston with the mission of protecting the US commercial ships and fighting with pirate Babary. Now she is preserved at Charlestown Navy Yard, Boston and visited by more than 4,5 million people.

The overall length of the ship is 204 feets that equivelents to 162 meters with three masts and she could carry up to 50 guns and a crew of more than 450 people. That, in turn, made up a total cost of more than 300,000 US dollars originally to build the ship. USS Constitution was famous for the victory in the battle against British army. Especially, during the US civil war, she has served as the training ship for the United States Naval Academy.

Being conducted based on the fully detailed drawing, USS Constitution ship model is made with full details from the head to the sterm. The ship is with three masts and fabric sails. Most of the accessories including  steering wheels, lower and upper deck, ladders, connons, rails, gratings … on the ship’s floor are sharply made by natural wood. Moreover, the body of the ship is painted with black and white and all the statues as well as connons and guns are fully assembled. 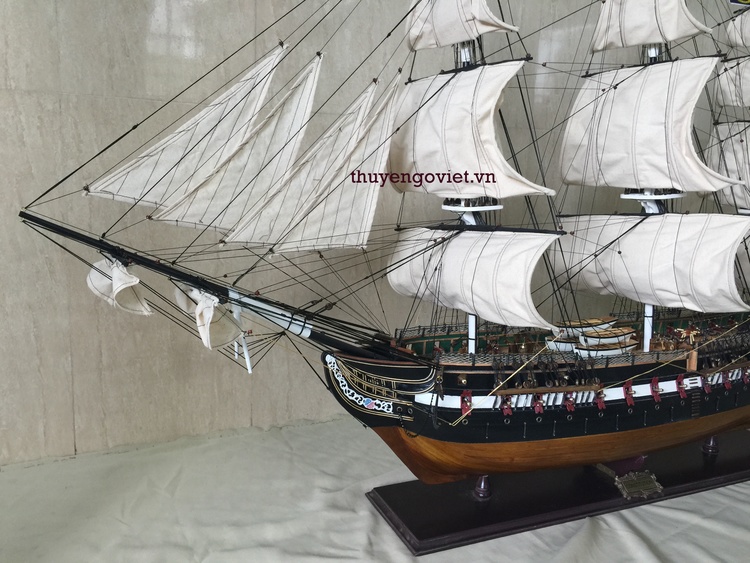 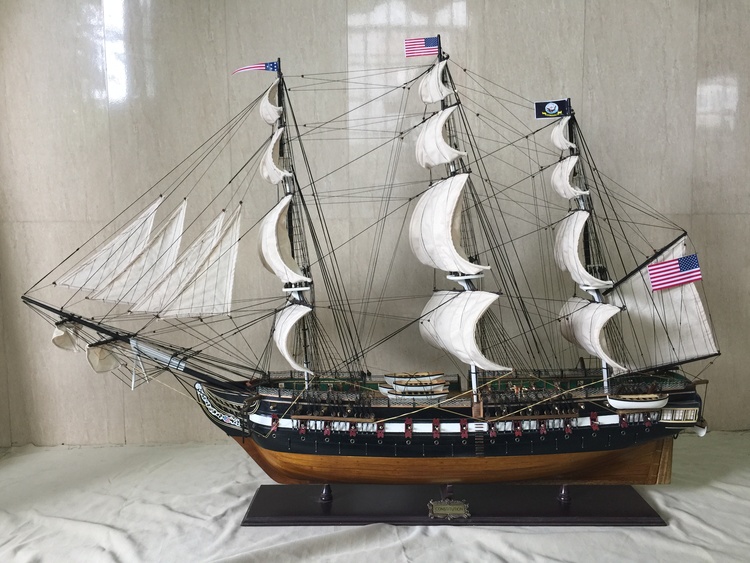